Half Round Gutter Products 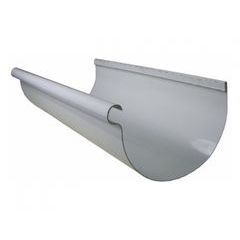 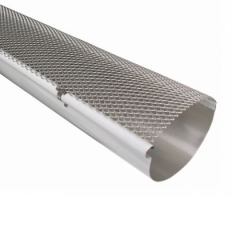 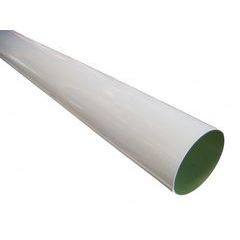 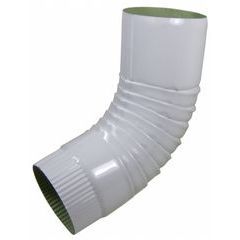 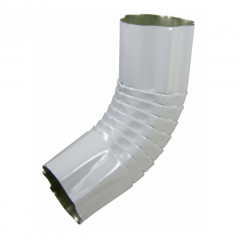 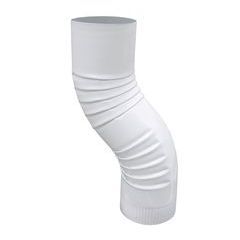 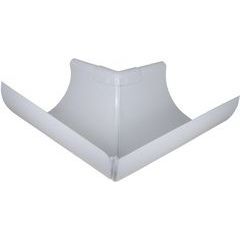 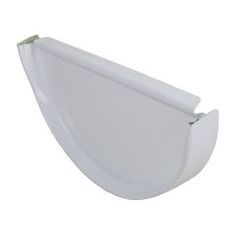 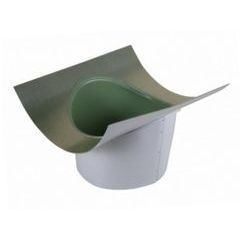 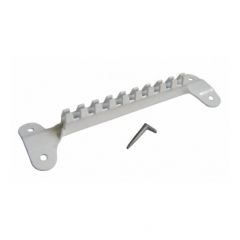 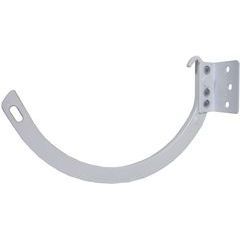 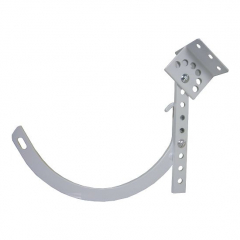 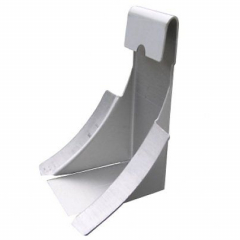 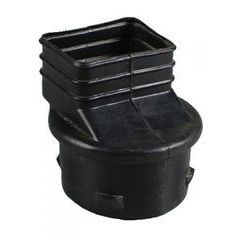 May we also recommend

Half-rounds are generating full profits for gutter installers who install the products on upscale homes. 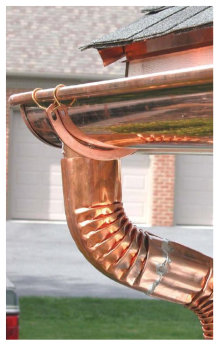 Now half-round gutters also are coming into their own as a seamless aluminum alternative for moderately priced residences.

“Today you can get aluminum half-round gutters in as many color choices as K-style gutters, so mid-range homes can have the upscale look of half-round gutters,” explains Mike Milliman, co-owner of RainTrade Corporation, a national gutter supply company based in Lake Bluff, Ill.

In a competitive housing market, anything that distinguishes one new home from another can be an advantage for developers. “With all the colors now available for half-round gutters, it gives builders and homeowners another option,” says Ben Bell, national sales manager for Gutter Suppliers, an Atlanta firm that supplies residential and commercial contractors.

One factor driving the emergence of half-round gutters into the mid-range housing market is the introduction of half-rounds in which a lip or “bead” is rolled inward. Historically the bead has been rolled outward so that the gutter trough can sit in a semicircular wrap-around hanger. Outward-rolling beads are therefore favored on historic residences and on new upscale homes that emulate a traditional look.

“But in the last five years,” says Milliman, “seamless gutters with reverse (inward-rolling) beads have come on the market. So installers can use hidden hangers to put up the gutter, like they do with K-style gutters. Also, the reverse bead means the coil only needs to be painted on one side, since the back side of the coil isn’t exposed.” By contrast, with an outside bead the backside of the coil is “rolled outward where people can see it, and so the metal would have to be colored on both sides,” he adds. Of course, traditional copper half-round gutters avoid the problem altogether since the metal is not painted on either side.

Nevertheless, the primary market for half-round gutters remains upscale residences. “Our installed price for an aluminum gutter is about $2.50 to $3 per foot, compared to $18 to $20 for copper half-round gutters,” says Richard Green, president of Retro Design Inc., Murray, Utah, a manufacturer and distributor of roofing and gutter products.

“One of the beauties of half-round gutters is that they match almost any style of architecture, from historic to modern,” Green continues. Even though half-rounds are only 10 percent of the national market, he adds, the gutters are an upscale product and so an array of decorative accessories is available.

At RainTrade, for example, Mike Milliman notes the company does a brisk business in ornamental hangers, brackets, downspouts, end caps, outlets, conductor heads, and finials. Many designs have been around for more than a century. “After all,” he points out, “half-rounds are the original gutter.” 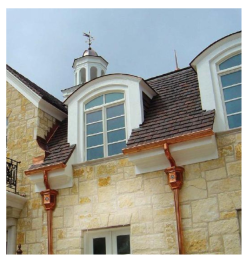 Before 1950, Milliman explains, most gutters were half-rounds. When K-style gutters were introduced in the 1950s and 60s, he says, “they were a good fit for the ranch-style homes that were being built then. Also, people figured seamless gutters had fewer seams and fewer leaks. But now, in the last five to seven years, half-round gutters have made a comeback. Seamless half-round is now available, and many custom homes prefer a traditional look for their gutters.”

Yet at RHEINZINK America, a distributor of zinc-based roofing and gutter products based in Cambridge, Mass., national applications training manager Kevin Wohlert adds another perspective. With K-style gutters, flowing water spreads out to the square edges of the trough. “But with a half-round gutter,” he explains, “you have a rounded trough and so the water flows to the bottom point of the trough.

That improves the flow, so that you might need less pitch” for gravity to move water through the gutter. Wohlert predicts the market for half-round gutters will continue to grow “as people spend more on their homes to get the look they want.” He also notes that installers can sell half-round gutters for comparable non-residential applications such as traditional church buildings. “Due to the higher cost and longer installation time of half-round gutters, I don’t think they’ll overtake K-style gutters. But I do think half-rounds will keep on gaining market share.” 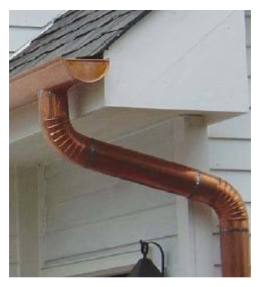 for the past three years. “It’s mostly due to the variety of options available, the ease of installation with the use of hidden hangers, as well as the seamless factor of being able to customize orders,” he says. “We can take orders from contractors and installers and make half-rounds to custom lengths. Installers are not limited to 10- or 20-foot sections anymore. This translates into less material waste and less labor to install.”

One installer who has jumped on the half-round bandwagon is Bill Frazier, president of Austin Gutterman in Austin, Texas. “Our sales force is divided into seamless and specialty,” he says. “So we’ve got sales representatives out there who specifically sell copper half-round gutters to the upscale market. In the past, seamless gutters were all the rage because they seemed like the latest thing. But in recent years, interest in copper half-round gutters has surged.”

The Texas Hill Country surrounding Austin is a favored location for many high-end homeowners. Tuscany-style homes with stucco and tile are popular, Frazier says, as are designs that replicate the old Texas farmhouses of the 1800s. “European and Mediterranean-style homes have always had half-round gutters — and so did those old Texas farmhouses,” he relates. “So that’s the look people want.”

For his part, Frazier prefers to buy copper or Galvalume half-round gutters in 20-foot sections and then solder them together in the field. “It’s hard to take a machine into the field and do seamless half-round gutters,” he believes, “because when you transport the machine it can get out of adjustment.”

Yet the extra time is worth it. Austin Gutterman typically takes in between $30,000 and $35,000 — and has earned as much as $63,000 — for installing a half-round copper gutter system. Jobs where Galvalume half-rounds are installed bring in between $6,000 and $15,000. “Selling half-round gutters is a great business for us,” Frazier says, “because they yield a higher profit margin than seamless aluminum jobs.”

A spinoff benefit from the popularity of copper half-round gutters, points out Richard Green of Retro Design, is that it may be creating a demand for new products that can simulate the look at a lower cost. If the look of copper is becoming the standard, which defines upscale construction, he suggests, “Then the availability of seamless aluminum half-round gutters in a dark bronze color could be an alternative for homeowners who can’t afford copper, or who can only afford it on the front of their houses.”

Such innovation confirms that half-round gutters, a product that has been around for at least two centuries, are being updated for today’s marketplace. “In some upscale communities, the majority of our gutter jobs are now copper half-rounds,” Green reports. Other homeowners see their neighbor’s half-round gutters, check out the options on the Internet, and are ready to buy. “So I think,” he believes, “that the demand for half-rounds will keep growing.”